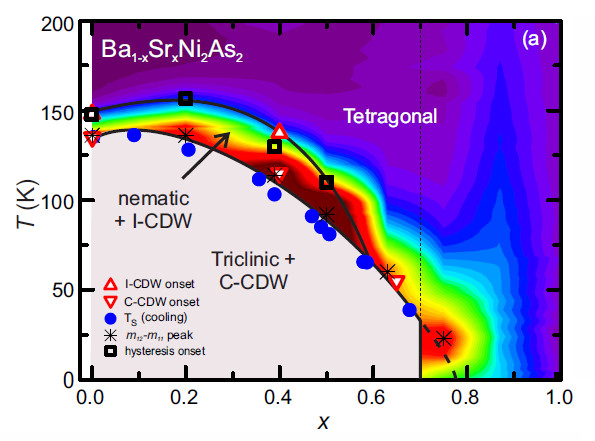 The electronic nematic phase, wherein electronic degrees of freedom lower the crystal rotational symmetry, has become a central focus of both cuprate and iron-based superconductivity research. Though magnetic spin fluctuations are commonly believed to drive Cooper pairing in both of these families, the common occurrence of a rotational symmetry-breaking nematic phase has captured increasing attention in recent years. However, understanding the role and influence of nematicity and nematic fluctuations in Cooper pairing is often complicated by the coexistence of other orders, particularly long-range magnetic order. Using the nickel-based BaNi2As2, an close cousin of the iron superconductor BaFe2As2 and a seemingly conventional superconductor that is readily tunable by chemical substitution and void of magnetic order, we have fown an incredible enhancement of superconductivity that is directly born out of strong nematic fluctuations emanating from a tuned quantum phase transition. Elastoresistance measurements of the Ba1−xSrxNi2As2 series, we show that strontium substitution promotes an electronically driven B1g nematic order in this system, and its fluctuations promote an enhancement of the pairing strength by six times.