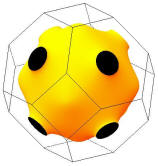 The next leap in technological advancement is widely thought to require new, complex materials which exploit complicated electronic interactions: anisotropic and/or patterned electronic systems with quantum interactions that conspire to promote the emergence of new, unique states of matter. One of the most provocative avenues for such investigations lies in elucidating the nature of novel forms of quantum matter which appear in strongly correlated electron systems. The properties of such states pose a great challenge to the validity and extent of the “standard model” of condensed matter physics, Landau’s Fermi liquid theory. Despite the presence of Avogadro’s number of electrons in any sizeable piece of material, interactions between electrons in normal metals appear to be very weak, resulting in the “nearly-free electron” behaviour which is well described by modern principles of condensed matter physics. This "standard model" of electrons in solids works to describe the electronic properties of simple metals such as sodium and copper. Our research is focused on fundamental properties of metallic materials in which interactions between electrons are so strong that this free “quasi-particle” picture no longer applies. Instead, extremely strong correlations between electrons give rise to exotic and anomalous states of matter, such as unconventional superconductivity, heavy-electron behaviour and quantum-critical phenomena. (See good description on "Fermi- and Non-Fermi Liquids" in report from the National Academy of Sciences.)

When these correlations are “tuned” by changing some parameter (other than temperature itself) of the solid material - such as lattice density, external magnetic field or chemical composition – many materials are forced to switch between two or more states of matter at a specific crossing deemed a quantum critical point. Interestingly, this zero-temperature phenomenon, with experimentally observable properties reaching up to room temperatures, continues to lack theoretical explanation. It is precisely this behaviour which we study by performing detailed electrical transport, thermodynamic and electronic structure measurements in order to help elucidate the nature of strong electronic correlations and the resulting new states of matter.

In particular, a growing number of exotic materials are being shown to harbor new forms of emergent magnetic and electronic order seeded by quantum instabilities: unstable fixed points in phase space caught between two or more of nature’s preferred ground states. Deemed one of the six scientific challenges for the next decade [1], the question “How do complex phenomena emerge from simple ingredients?” addresses exactly this point. Experimentally, this involves tuning parameters such as crystal lattice spacing via applied pressure, charge density via chemical substitution or magnetic interactions via external magnetic field to “push” well-ordered systems to the brink of instability. With parallels now being drawn between the concepts and phenomena of quantum criticality and areas as diverse as atomic physics (cold gases), quantum information (entanglement), cosmology (black holes), and chemistry (emergent matter), – quantum criticality is considered one of today’s most important unsolved problems [2].

Synthesis and Exploration of SCES Materials 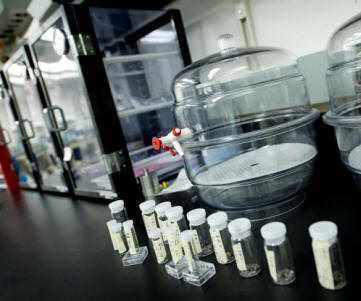 The common appearance of superconductivity near a quantum critical point is an excellent example of the way in which nature self-organizes to avoid its own instabilities. The 2008 discovery of high superconducting transition temperatures (Tc) in a series of metallic compounds with corrugated iron-arsenic layers has resulted in an explosion of excitement and numerous publications on what is now recognized as a new family of high-Tc superconductors. This class of compounds includes several different crystallographic structures – including RFeAsO (R = rare earth), RFe2As2 (R = rare earth), and LiFeAs – with the common element of iron-arsenic (FeAs) layers that appear to provide the key ingredient for Tc values approaching 60 K. Extremely large critical current and critical magnetic field values throughout this family of superconductors point toward strong potential use in a wide range of energy and technological applications. Most interestingly, the development of a superconducting phase in these materials appears to be intimately coupled with the suppression of magnetism [3] via chemical doping or applied pressure, providing phase diagrams strikingly similar to the numerous examples of heavy-fermion materials that exhibit identical phenomena [4]. However, the temperature scales associated with the iron-based superconductors are orders of magnitude larger than f-electron systems, making this the second transition metal-based system to harbor a completely unexpected superconducting instability; this warrants our utmost attention.